Aladdin, Jasmine, Genie, Jafar and Lago from Disney’s Aladdin, the spectacular West End musical, travelled by magic carpet to Evelina Children’s Hospital to delight the children and those closest to them in the hospital. Their surprise visit was part of two days of Aladdin themed fun provided by Disney and MediCinema.

On the first day the children enjoyed an arts and crafts session in the Evelina London atrium. They created a host of Aladdin goodies from the magical world of Agrabah including Aladdin lamps, Jasmine tiaras and magic carpets. Marina, aged 8, said with her magic lamp “I’ve been granting people’s wishes, anything they wanted! Harriet, my nurse asked for 1,000 wishes and a dog!” Play specialists also delivered arts and crafts sessions on the wards for the children unable to go to the atrium.

Then on the second day, families from the wards were invited to join in a movement and music workshop session. Guided by the expertise of Disney Theatrical Teaching Artists, the children were thrilled to learn some of their favourite songs from the musical including ‘Friend Like Me’. The workshop created 28 Moments that Matter for children and those closest to them. The nurses and play specialists also commented on how the excitement and happiness sparked by this initiative transformed the atmosphere of the hospital. 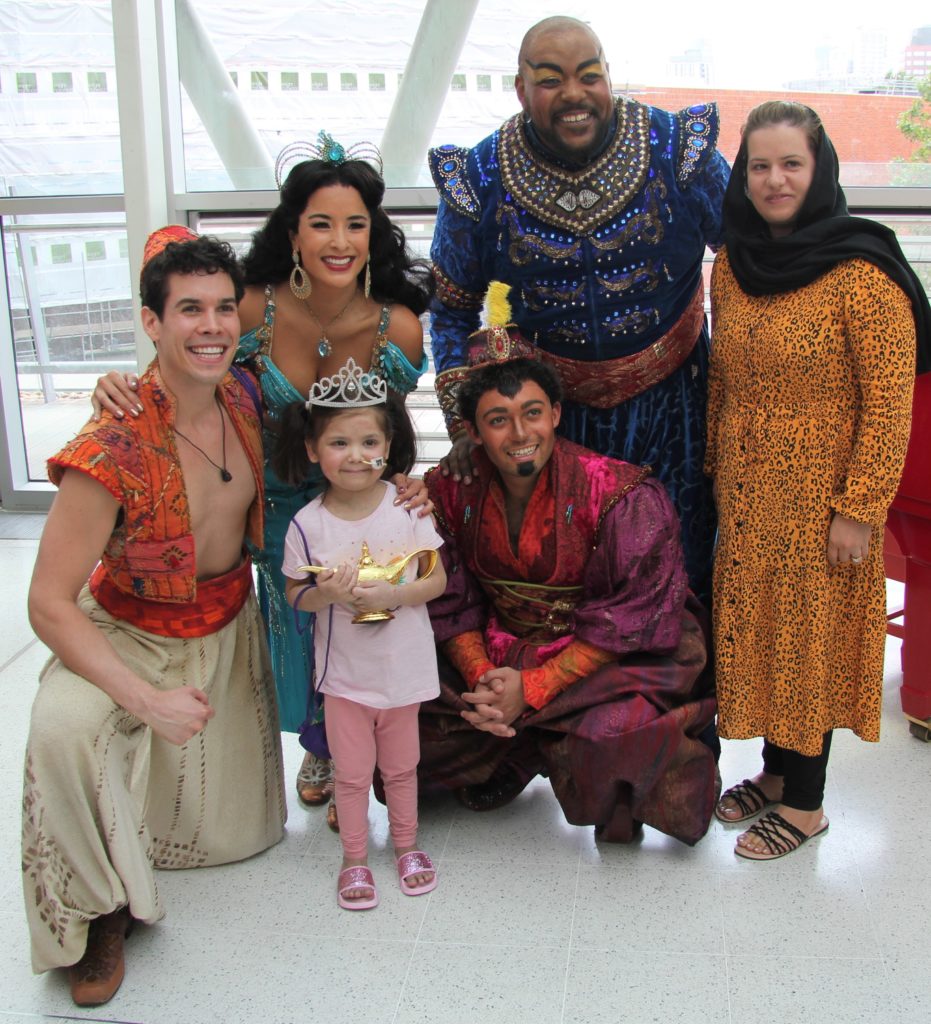 One little girl who was due to have surgery later in the morning was delighted when her nurses made arrangements so she was still able to join in the musical fun. She attended the first half of the session before the surgical team came down to the atrium to take her directly to theatre from the workshop. Her family shared how amazing it was for them to be able to watch her having fun instead of worrying about the surgery.

The workshop was followed by a visit from the Disney’s Aladdin cast who surprised children in the hospital’s atrium, they joined in the fun and had photos with all the families. The Stars then visited the children on the wards to ensure everyone was able to enjoy the Disney magic, creating over 80 Moments that Matter.

The meet and greet was very special for two girls in particular who were supposed to have seen the musical the previous week but were unable to due to one of them being admitted to hospital. This activity provided the family with some comfort seeing their daughters very excited to meet Aladdin and Jasmine. Disney Theatrical Productions have arranged for the family to see the show before it closes this month. 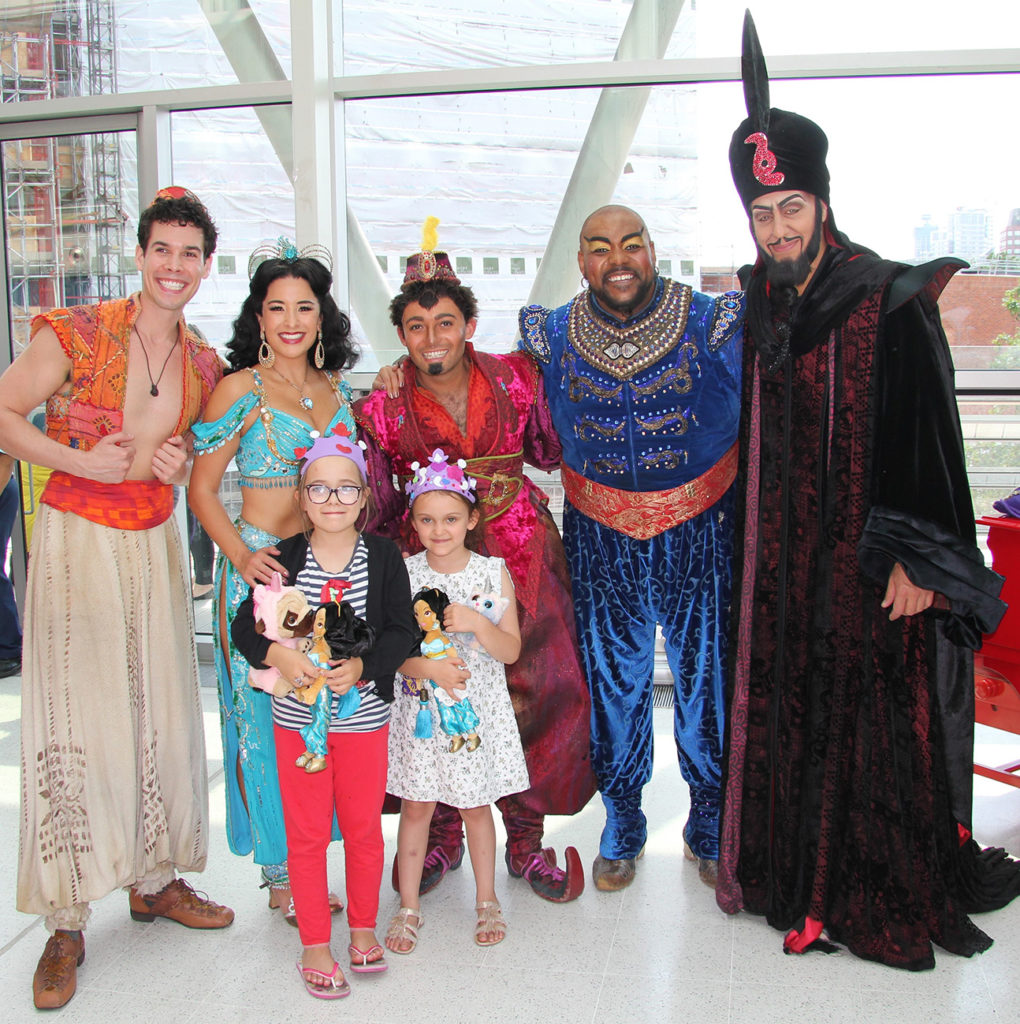 Jane Sivyer, senior play specialist at Evelina London said: “It’s been fantastic to bring the cast of Aladdin and have Aladdin activities over the last couple of days. Some children won’t have the opportunity to visit the theatre so to have the cast of the Aladdin stage show visit them is really special and a wonderful compliment to being able to see the new film version of Aladdin at our MediCinema. It was especially touching to see the cast raise a smile for our families in intensive care.”

The MediCinema partnership is part of The Walt Disney Company’s global commitment to deliver comfort and inspiration to families with children facing serious illness. Together we work with others to help build emotional resilience, leveraging the power of our brand, storytelling and characters to inspire and create Moments that Matter for children and those closest to them, when they need it the most. 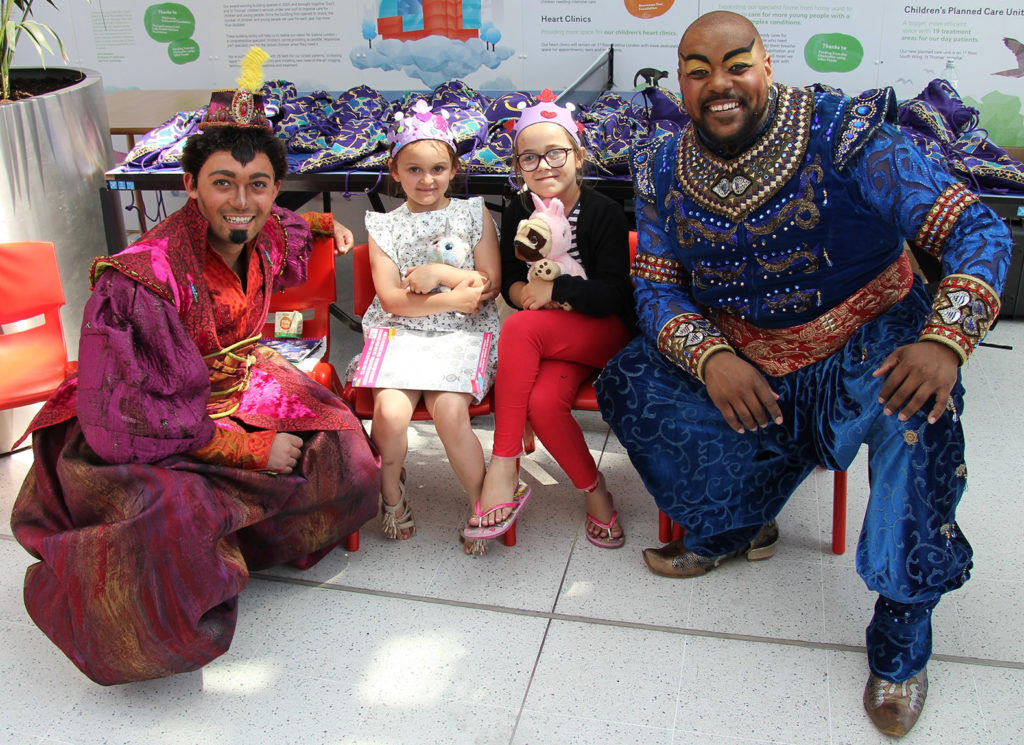