UEFA and Disney have teamed-up to develop a ground-breaking football programme that uses Disney’s world-renowned storytelling to encourage more young girls to exercise regularly and kickstart a lifelong love of football. 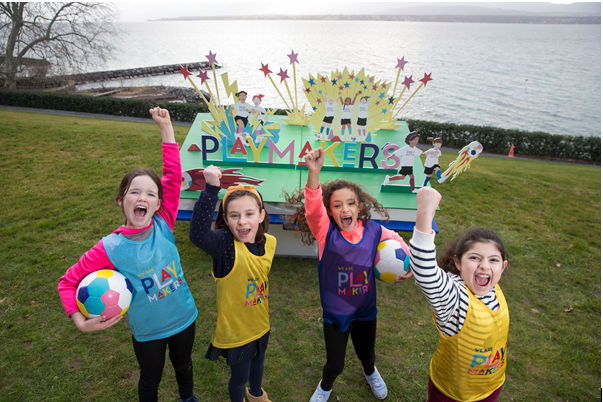 “If you’re going to teach football through the power of storytelling and play, you have to do it with the best stories and characters in the world, and Disney is the perfect partner for this,” said Nadine Kessler, UEFA Head of Women’s Football.

“By taking that Disney magic, and implementing the first-ever pan-European girls’ grassroots football programme, we will give any girl the best possible opportunity to fall in love with football.”

As Playmakers rolls out across Europe, new Disney storytelling will be added to the programme. 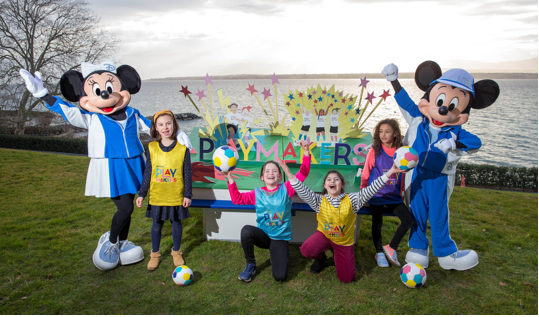 Creating an environment for girls to flourish

In its early sessions, Playmakers focuses on building girls’ confidence in their movement, encouraging creative thinking and communicating easily with their friends. Later sessions introduce girls to basic football skills, but the programme continues to put the emphasis on making sport fun.

“As a playmaker on the pitch, you have all the possibilities to shape the game around you, to be creative from so many different perspectives,” said Kessler.

“We want girls to have the same feeling and be encouraged to create their own game and make their own decisions. This is exactly what this programme is about – creating an environment for all girls to flourish and develop, whether that be fundamental movement skills, football basics or life skills and values. We truly believe that this unique programme can be the spark for a more active generation of football-loving girls.”

The play-based learning at the heart of Playmakers’ unique approach follows a literary review by Leeds’ Beckett University in England, which was commissioned by UEFA. The review assessed academic research into what motivates young girls to participate in sports, identifying best practice coaching methods to create a safe learning environment. Its findings put particular emphasis on the benefits of play-based education.

Playmakers represents a first step toward achieving one of the main goals of “Time for Action” the UEFA Women’s Football Strategy – to double girls’ and women’s participation in football by 2024.

“It is UEFA’s duty as European football’s governing body to empower girls to play the game,” added UEFA President Aleksander Čeferin, “Through this partnership with Disney, we will open up football to an audience not yet engaged with our sport.” 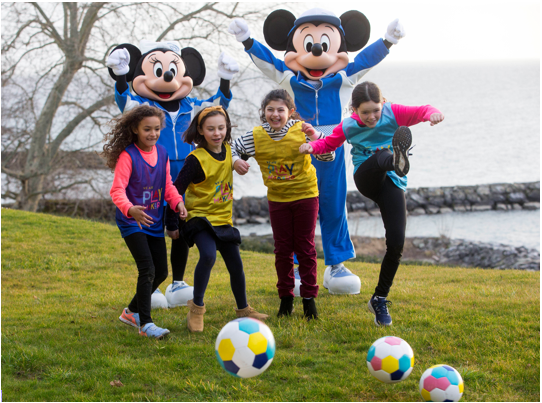 Across Europe, the Middle East and Africa (EMEA), Disney has a long-standing Healthy Living Commitment, using its storytelling to get families more active and working to educate and inspire children about healthy eating. This has led to a variety of partnerships on inspirational campaigns, such as Public Health England’s “10 Minute Shake Up” which inspired two million kids to “get active” and register more than 100 million extra minutes of physical activity.

In Poland, Disney launched its successful #GetMovingWithDisneyJunior initiative, a campaign spearheaded by local sporting champions, which reached more than 30,000 youngsters. The campaign involved the creation of more than 30 films, which featured children exercising alongside Disney Junior characters.

Nicole Morse, Disney EMEA’s Vice President of Integrated Marketing, said: “This brilliant Playmakers initiative is another great example of Disney’s long-term commitment to help future generations lead healthier lifestyles. By using our much-loved characters and stories as a force for good, we can really make a difference and inspire families and children to be more active. So we’re very proud that by partnering with UEFA on the first pan-European girls football programme, we will encourage more and more girls across the region to get active, build their confidence and participate in playing football, all in an environment that has been specifically designed for them.”

Parents interested in learning more about Playmakers can visit www.uefa.com/playmakers.